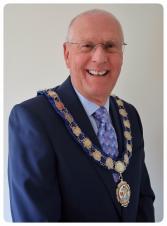 On Monday 9th May, I was elected as Mayor of Towcester at the Annual Meeting of the Town Council.

Being elected mayor is a great honour; it doesn't of course confer any additional powers over local decision making, as all town council decisions are taken collectively.

The role of the mayor is to chair council meetings, and be the town's civic head, representing the town and promoting the interests of all our town's residents. I plan to do my best in the role, and I give my thanks to fellow councillors and electors who have put their confidence in me.

Our past two mayors, Cllr Damian Reynolds and Richard Dallyn, both had to contend with the pandemic during their time in office. I would like to offer my thanks to them for performing their duties so well, despite all the difficulties that affected their term of office during lockdowns and restrictions.

Whilst the issues facing Towcester pale to insignificance compared to the many appalling events taking place in the world in 2022, there are still challenges as well as opportunities for our growing town.

Over the next twelve months I will be trying to support the council and our community in responding to the growth of our town and take full advantage of opportunities to maintain and indeed improve the quality of life for everyone in Towcester.

A little about me: I moved to Towcester in 1982 with my late wife Gill, in order to take up a new job. Together we had a daughter and son, born here, who attended local schools, and still live and work in the town. Now married to Christine, we have six amazing grandchildren between us, spread between Towcester, Manchester, and Santa Barbara in California.

Now retired, I previously worked in the private, public, and voluntary sectors. After starting work as a laboratory technician, I spent most of my career as a youth and community worker. When not engaged in local government and charities, I'm an active member of Towcester U3A, playing table-tennis and chess (badly), and I write poetry and my second pamphlet is being published later this year.

As well as being a local councillor for some 30 years, I've been involved in other ways within our community in Towcester, as a volunteer with several local organisations, including 20 years as a founding trustee of Towcester Museum.

My charities for 2022/23 are the Cynthia Spencer Hospice, and local youth groups who provide activities, fun, and friendship for young people in our town. Towcester people are exceptionally generous, so do look out for events and ways to help support these charities and groups over the next twelve months.

You can keep abreast of my news and activities by following the Towcester Town Mayor's Facebook page. 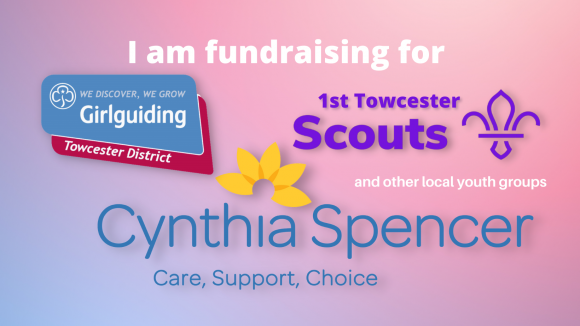 How to donate to the Town Mayor's Charities

Past Mayors of Towcester